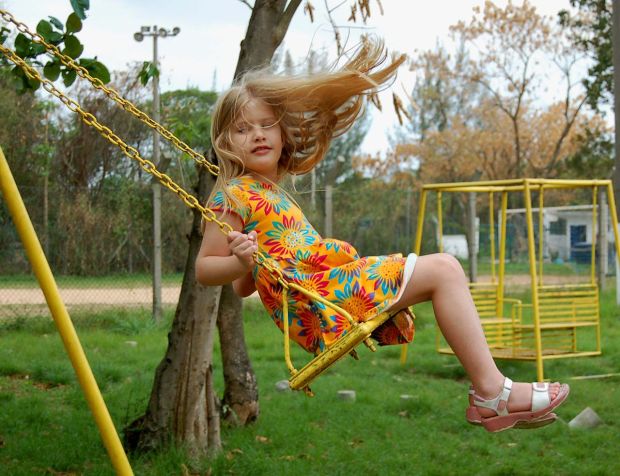 About the author: Sara Upton is a freelance writer and journalist, currently based out of London. She really enjoys writing about society and tech, especially when they relate to gender issues and inspiring women.

It’s pretty commonly accepted that when babies are born, boys are dressed in blue and girls in pink—at least much of the time. This seems to be pretty harmless, and it’s as much about classifying a newborn so that friends and family can easily recognise gender as anything else. However, a broader spotlight has been placed on the ways in which we continue to outfit and equip children as they grow up. And beyond blue and pink, there are differences in the approaches for boys and girls that some believe qualify as early seeds for gender discrimination. Also, they may ultimately have a lot to do with why women have often been drawn away from science and technology jobs in the past.

The clearest example of this issue that’s frequently pointed out is actually a toy, rather than a piece of clothing. Mattel has long been criticised for promoting harmful body image ideals through its line of Barbie toys. While this issue causes its own range of problems, Barbie has also been guilty of reinforcing negative gender stereotypes. According to Dr. Rebecca Hains’ blog, a 1992 Barbie toy used to be able to say, “math class is tough!” and things haven’t gotten much better in the 20-plus years since. Far more recently, in 2014, Mattel produced a book (I Can Be A Computer Engineer) in which a Barbie character stated she could make design ideas, but she would need male classmates’ help to turn the designs into a real computer game. To reasonable adults, these types of messages are nonsensical and easily dismissed, but it’s important to remember that the messages are being delivered to young girls and that they reinforce the idea that tough subjects are better left to men.

This isn’t to say there’s anything wrong with girls playing with dolls in general. Some would extend the issue of gender discrimination to the fact that dolls are marketed to girls and action figures to boys, but there’s a counterargument to be made that toys have gone this direction because girls and boys naturally display preferences for dolls and action figures respectively. The only clear issue is with some of the messages that Barbie dolls, specifically, have conveyed over the years.

Barbie may be the most glaring problem in this conversation, but a potentially more influential problem has become apparent in the clothing industry. There have been horrendous messages reported on children’s onesies and shirts from designers and department stores all over the world. Some merely imply a difference in interest for boys for girls (for instance, by adorning girls’ shirts with polka dots and stripes and boys’ with planets and stars), which may fit perfectly natural into children’s genuine preferences. However, others pretty much directly state that thinking is exclusively for boys (such as a real girls’ shirt slogan that read “I’m too pretty to do math”). In 2014, Huffington Post outlined many of the problems, focusing on various collections and examples that highlighted the depth of the issue. Looking through them it’s quite clear that kids’ clothing has often steered boys toward homework, heroics, science, and careers, and pushed girls toward the exclusion of all of these in favour of being pretty or cute.

None of this is meant to suggest that the onesie you put on a baby is going to decide that baby’s career path, nor that there’s anything wrong with a girl choosing polka dots and a boy choosing planets. Again, sometimes decisions like these represent natural, independent preferences rather than any sort of path influenced by a mass marketing scheme. But children are easily influenced, and messages like the ones just pointed out can leave a deep impression, even on a subconscious level. It’s not a big leap to believe that some girls may grow up believing they’re simply not suited to pursuits in science and technology, even if they don’t believe they’re any less intelligent than boys. But on the brighter side, the fact that dangerous trends like these are making headlines has resulted in some real awareness and change.

Naturally, it’s a big help that news sites are highlighting the issue. We’ve also seen the rise of new clothing lines dedicated specifically and directly to bridging the gap between young boys and girls. In the UK, Tootsa has played a big role. The line was established by a mother who was discouraged about the existing options for kids’ clothes, and it’s now home to a number of gender-neutral designs parents can appreciate. Looking through their collection, it’s clear that there are plenty of different ways in which designers can put together clothing that places kids on even ground without sacrificing the fun elements that will make them actually like their clothes (such as animals and bright colours).

Whether or not gender-neutral clothing can ultimately make a significant difference remains to be seen, because this is a relatively new idea. Indeed, there have been legitimate questions raised about whether a gender-neutral upbringing might come with its own host of problems as well. But when it comes to issues of workplace equality and pursuits in science and technology, it’s hard to imagine the shift away from childhood stereotypes not having an impact. If girls are raised from an early age to believe that science and tech is for them too (if they’re so inclined), it only makes sense that they’ll continue with those interests later in life.

One thought on “The Debate Over Kids’ Clothes & Gender Roles”