At Girls in Tech UK we’re consistently asked to share examples of some of the leading women in tech. Even though women are still a minority in the tech industry, we are optimistic and never hesitate to share the stories of some of the women who are paving the way for future generations.

Therefore, we are pleased to announce our very own list of the top 15 UK tech women to watch this year. These are women that we feel are doing something cutting edge, stepping out of their comfort zones and really leading by example in the tech industry.

We were truly blown away by the accomplishments of women in tech today and the impact they are making on the industry. These women are making huge contributions not only to tech, but to education, finance, fashion, music, and so much more. On behalf of Girls in Tech UK, thank you!

Please note that this is not a ranking and names are not in any particular order. 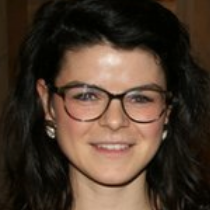 Alice Bentinck – As the co-founder of Entrepreneur First, she finds talented individuals and provides support to build high-growth startups. Many, such as AdBrain and Blaze, have graduated and gone on to secure millions in funding. She also set up Code First: Girls, a coding course especially for female students and graduates.

Sherry Coutu – An angel investor and entrepreneur involved with hit companies like Linkedin, Lovefilm and Artfinder, is co-chair of Silicon Valley Comes to the UK, and more recently joined as non-executive director of the London Stock Exchange (alongside Joanna Shields). Sherry was also ranked on our GIT EURO 100 list in 2012, marking the top 100 women in tech in Europe. 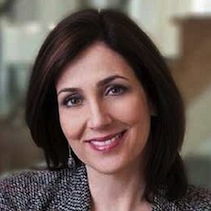 Joanna Shields – From Facebook to Tech City, and now on the board of the London Stock Exchange to help boost tech appeal, is there anything Joanna can’t do? Joanna was also ranked on our GIT EURO 100 list in 2012, marking the top 100 women in tech in Europe.

Kathryn Parsons – She’s a co-founder with the incredibly ambitious task of making the world code-literate. Kathryn’s Decoded has already taken on big name clients (Google, Microsoft, WPP and more) on several different continents. Kathryn has also been a speaker at some of our Girls in Tech events in the UK. 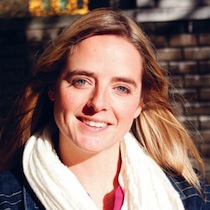 Belinda Parmar – She’s one woman we admire for how she represents and integrates women in the tech industry, most notably through Little Miss Geek. She was recently quoted as saying the future of the tech industry is in the hands of 13 year old girls. How could we disagree? We’re looking forward to more fresh perspectives from Belinda this year.

Deborah Rippol – As Startup Weekend Europe coordinator, Deborah has done an unbelievable job at building the Startup Weekend brand across Europe. They estimate 300 SW events this year in Europe alone! 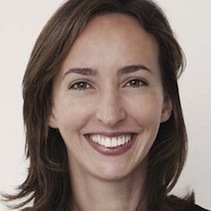 Nathalie Gaveau – Having recently raised another $4 million for her big-data powered social commerce platform Shopcade, Nathalie is sure to have some awesome and disruptive things coming our way in e-commerce. She’s been a speaker at some of our Girls in Tech events in the UK and was also ranked on our GIT EURO 100 list in 2012, marking the top 100 women in tech in Europe.

Clare SutCliffe & Linda Sandvik – Teaching code is all the rage these days, especially after the recent launch of UK campaign the “Year of Code”. Code Club, targeting children aged 9-11, has grown to be a huge success and plans to exist in 25% of UK primary schools by 2015! 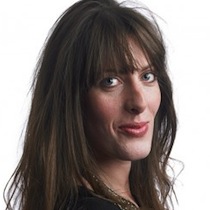 Anna Bance – She’s a fashionista turned techie, having previously worked in PR at Hermes. She and co-founder Xavier recently raised money from Global Founders Capital (one of its backers being Olivier Samwer!) for Girl Meets Dress, their luxury garment rental service.

Michelle You – YCombinator Grad and backed by some of tech’s best known VCs (including Sequoia‘s first-ever UK investment), Songkick‘s concert/music platform announced 8.5 million users in November 2013 with 50% mobile traffic. They’re growing strong! Michelle was also ranked on our GIT EURO 100 list in 2012, marking the top 100 women in tech in Europe. 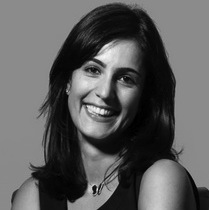 Avid Larizadeh  – This investor-turned-entrepreneur has turned Boticca into one of the world’s leading online jewellery marketplaces. With more cash in the bank as of 2013, we’re sure Boticca is going to be making more waves. Avid has been a speaker at some of our Girls in Tech events in the UK and was also ranked on our GIT EURO 100 list in 2012, marking the top 100 women in tech in Europe.