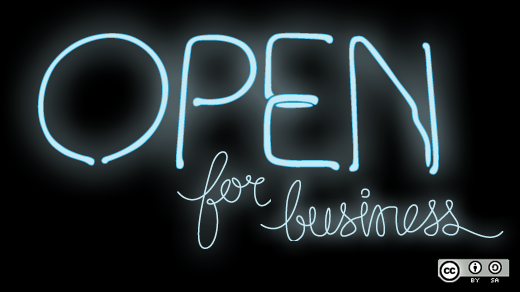 Bleak times no more. Data shows that Britain’s enterprising spirit is stronger than ever.

Many organisations, including StartUp Britain, Rockstar Youth and the government’s own Start Up Loans scheme (read our interview with the creative director) reported a raise in the applications, especially young people between 16-30. In fact, the Prince’s Trust startup helpline received +42% in 2012 alone.

Furthermore, since 2008, UK’s youngest entrepreneurs increased by a third and more than half of the new businesses were founded with less than a grand.

The internet has the potential to make entrepreneurs of us all – Annika Small, Director of Nominet Trust.

The weak economy and lack of job security, prompts more people to bet on themselves rather than seeking opportunities with bigger companies. “If you want the economy to change, we need more people to stand up, be bold and brave and create the jobs that are not there right now,” entrepreneur Kieza De Sousa, 19, told to the BBC.

And it seems that women have responded positively to the call for change. Figures highlight the growing role women are playing.

In the UK however there is a clear enterprise gap between men and women. Researches indicate that an extra 150,000 businesses would be created if female ownership levels were the same as men.

The UK ranks only sixth out of 17 countries for female entrepreneurs, a new study has shown, even though a recent report released by Sage UK revealed that half of young women aged 18-24 were keen to start a business, many wanting to break away from the traditional 9 to 5 to pursue their passions.

More women in the boardrooms bring positive change at a wider scale too. Bringing women into businesses creates what Michael Porter and Mark Kramer of the Harvard Business School call “shared value”—it helps companies while helping communities too.

There is no doubt, that the increasing numbers of women in the economy has helped fuel significant growth everywhere. And economies that are making the shift more effectively and rapidly are dramatically outperforming those that have not. – Hillary Clinton

Feeling inspired yet? If you look for some more motivation, check out our Founder Talks and interviews with the top Girls In Tech. And you if you want to share your journey with us just get in touch on Twitter & Facebook.