When has there ever been close to 100 women filling the State Dining Room at 10 Downing Street?

When Joanna Shields, Girls in Tech and Inspiring Fifty partnered up to organise a mentoring session for 40 UK-based girls and 40 of the most influential women in European technology. 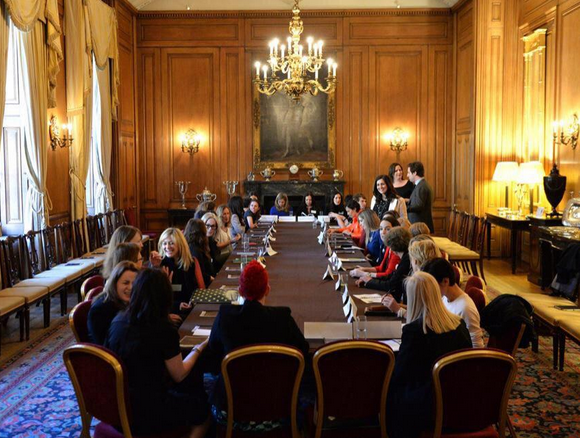 “I’m in a hurry to achieve everything” – said Neeles Kroes in her opening speech of the hour roundtable that preceded the mentoring session.

And indeed, Kroes’s feeling is not only true for herself (she is 70+!), but arguably for all the 90 women around the table discussing what Government can do to support women in the digital industry.

It is estimated that “there are less than 20% women on the FTSE 100 Board of Directors” (Camilla Ley Valentin, co-founder of Queue-it) and that it will take 70 years to see an equal number of female and male directors of FTSE 100 companies (Equalities and Human Rights Commission).

And yet, these unfortunate numbers fall far from describing the frustrating reality of those very women sitting at those boards of Directors. Barbara Labate, serial entrepreneur and CEO of Risparmiosuper, shared with the audience her exasperation at meetings with prospective investors alongside her co-founder where “they [investors] tend to think that I am the assistant!”.

Even one of our attendees, Sarah Rench, noticed “walking up the stairs in Downing Street surrounded by my fellow Girls in Tech, the black and white photographs of past Prime Ministers emphasised this point again. Baroness Margaret Thatcher’s portrait placed near the very top of the stairwell signified her recent tenure in the position, but also served as a reminder that she is the only female Prime Minister to date, and only in very recent British history.”

In other words, the world seems to still be asking women: “What are you doing here?” writes Nandini Jamm, in a way to implicitly ask, “why bother? Why fight when all numbers are against you?”

A Roundtable of Influential Women to Break the Wall Down

These feelings are the very reason why Girls in Tech exists. Founded in 2007 in San Francisco, and since 2013 with an active local presence in London, Girls in Tech aims to raise the visibility of women in technology, entrepreneurship and innovation.

Through monthly engaging events with high-profile women speakers (also open to men!), Girls in Tech wants to lead a change in the way feminism has been fighting for its right: by moving away from the gender debate and going for a can-do/just-do attitude.

As Josephine Goube, co-MD, first to speak at the roundtable to present Girls in Tech to the room of female leaders said “we are here to raise the visibility of female role models and so to connect promising talents of tomorrow with today’s female leaders“. 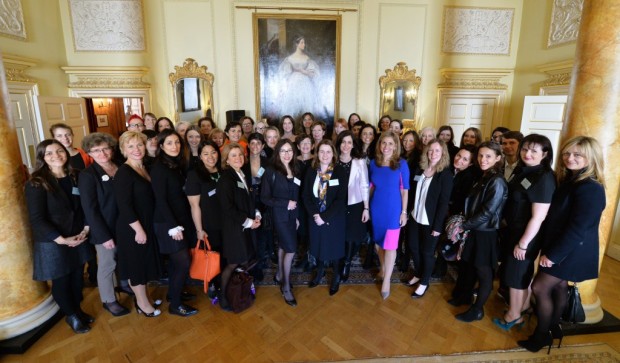 Contacted by the Inspiring Fifty to be partners of the event, Girls in Tech was honoured to select the ladies that would get in to be mentored. “We selected 40 girls out of hundreds of applications. We were overwhelmed by the quality. One more reason to make us feel that our mission at Girls in tech serves a need and a cause.”

Following the speech of Neelie Kroes, the other 40 women shared their own personal story and lessons learnt from experience, in hope to inspire the next generation present in the room to take action.

“This [what we have in this room] is girl power, and we need to put an end to constantly underestimating ourselves.” @NeelieKroesEU.

“It’s vital that we, as women, support one another. We all hold this responsibility” @joannashields

“We have to play as a team to move the lines in big corporations (@geraldine) and as such, set an example that empowers other women to enjoy fulfilling and beautiful jobs (@Lararouyres) because we need more women to shape the society of tomorrow (Lindsey of @WomensW4).”

There is nothing to stop women from taking a seat in the boardroom but themselves and the lack of examples may make it a little more difficult @josephinegoube. Still, in the words of Nicola Mendelsohn that day who quoted Eleanor Roosevelt, “You must do the things you think you cannot do”.

And so, on that day, together we did. Joanna Shields closed the roundtable inviting mentors and mentees to begin the mentoring session – 10 minutes of one-on-one discussion between the most influential women in business and a select number of London’s promising women in tech talent.

From the buzz in the room, testimonials the Girls in Tech team captured on that day, and in the email that followed, the session was a success in many ways.

First, for many, it was “THE moment” they’d been waiting for to inspire their own career path and guide their way to success.

“In this room there was an overwhelming, unmistakable feeling of girl power. When I walked away I felt like I could do anything I wanted to do.” – Jessica Wesley

“Learning from other people’s experiences and life stories takes the scary out of, and was one of the most insightful parts of the day” – Diana Lee

“The conversations I had during the mentoring session pushed me to start working towards the goals I have been considering, daydreaming about for a long time.” – Eniko Tarkany-Szucs

Secondly, it was an occasion for leaders to transmit their knowledge and responsibility to the next generation of leaders or as Yolanda Blasco puts it, for Women Tech Leaders to Finish what Feminism Started.

“It was odd to hear women who are at the top of their game describing the same niggles that I feel… it shows that we’ve still got work to do, together.” – Kirsty Joan

The event sent a strong message to the world that “women belong here” and are ready to fight for that to be the norm. 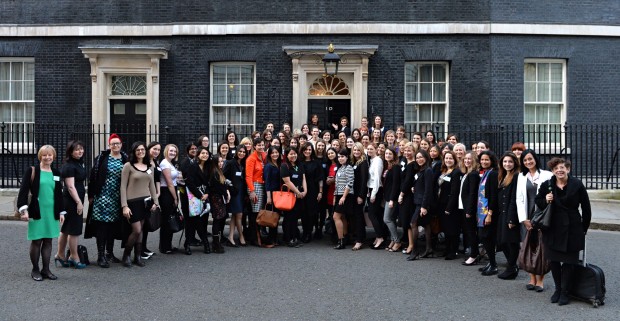 Current female tech leaders & the next generation, all together.

The day after the event, the BBC’s high-profile documentary, India’s Daughter, was broadcasted. It illustrates how Indian women are in physical danger every single day when they come home from work in the evening. In our digital age, it is difficult to be blind to what’s happening elsewhere for women.

The event set the example. It set the standards for the next generation and the illustration of what impact women can have when working together to foster gender equality. The event left room for influential women to share their story of how they made it happen to be accepted at the leadership position they are in; and inspire others to do so.

“It’s difficult to believe you can be something if you can’t see other people like yourself already being it.” – Chris O’Dell

Girls in Tech was honoured to co-partner with the Prime Minister’s Office and bring along forty selected promising women leaders to be part of it. Let this not be a one off, but an ongoing series of events.

Girls in Tech will be back this spring with a leadership mentoring program. Watch this space for more info. You can already express interest in the program by filling out this form.

Read more about this incredible and unique afternoon from our fellow blogging attendees:

Knocking on the door of Number 10 by Diana Lee

My inspiring afternoon at Number 10 by Chris O’Dell

Not Everyone Has #FeministFridays: What I Learned On 10 Downing Street by Nandini Jammi

Thank you again for sharing your thoughts and feelings about the fabulous experience, and we hope to see you soon. 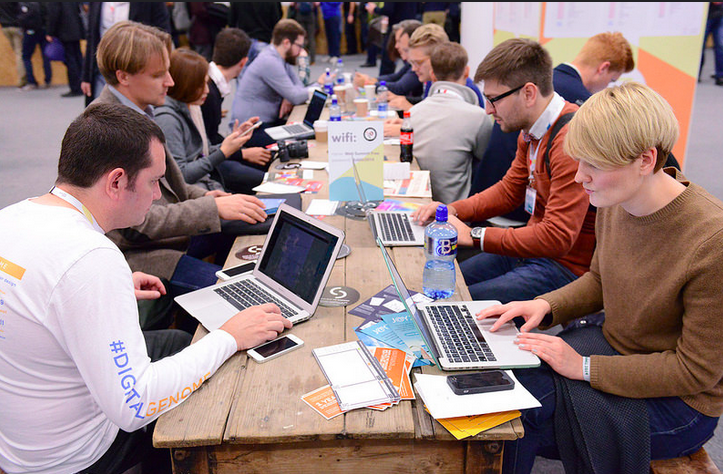